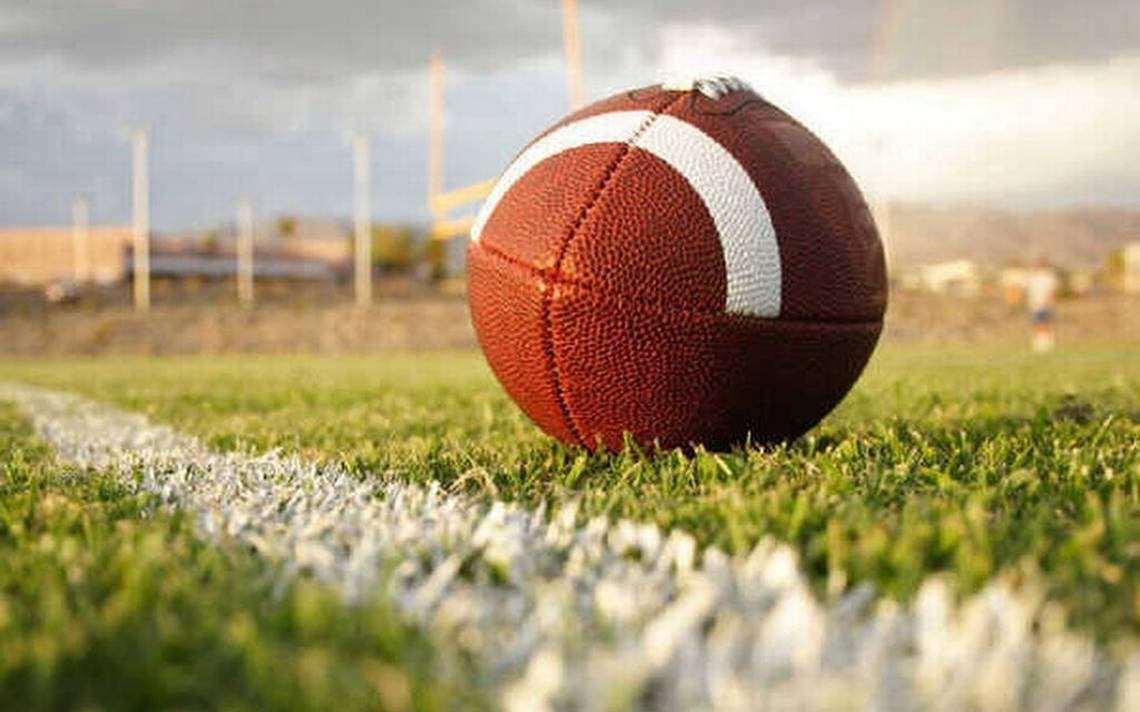 There were three overall combine co-MVP’s, Joel Davis of Harrisburg, Major Jordan of North Schuylkill, and Bill Williams of Camp Hill.  There were numerous standouts which made it very difficult to select the showcase MVP’s this year.

Joel Davis of Harrisburg is one of the top-rising seniors of the 2016 class and didn’t disappoint anyone as he performed superbly at the combine for the second straight year.  He was also fantastic in the combine testing and recorded a combine best 36-inch vertical jump.  Joel had a remarkable performance in the one-on-ones and positional drills on both sides of the ball.  Davis, a safety and wide receiver, is an outstanding overall athlete and is very versatile.  He even serves as the placekicker for the Cougars and in one-on-ones didn’t back down from any challenges.  Joel has all the attributes you look for in a big-time athlete such as recovery speed, ball skills, closing speed, natural instincts, and the ability to flip his hips effortlessly.  Davis oozes the exceptional athletic ability that colleges scouts are searching for across the nation.

Major Jordan of North Schuylkill is very instinctive at his linebacker spot and flashed big-time ability all over the field in the one-on-ones and positional drill sessions at the showcase.  Major is a two-way standout and is quick and powerful as a runner.  He has a non-stop motor and plays downhill in the running game.  Jordan has the size, strength, and athletic ability that you look for in a linebacker at the next level.  Major has the speed needed to tackle and cover in space in addition to playing sideline to sideline.  He was a 2015 Class AA All-State selection at linebacker.  Jordan is quite possibly the finest linebacker in Eastern Pennsylvania and has garnered heavy interest from Boston College, Syracuse, Temple, and Wake Forest.

Bill Williams of Camp Hill is also one top-rising seniors of the 2016 class and performed sensationally at the combine showcase.  Williams was tremendous in the combine testing and was crowned the fastest man at the combine.  Bill, a running back, is a versatile athlete and seemed uncoverable during one-on-ones, and yet, he isn’t even a full-time wide receiver.  He does move to the slot as a wide receiver in certain formations for Camp Hill’s offense because he is so dangerous in space and in the open field.  Bill showed impressive burst and acceleration along with the ability to change direction well, has very good vision, is explosive, and is very elusive.  The quick and agile Williams is definitely one to keep an eye on this coming football season. It was a tough decision in selecting the overall combine MVP since there were many deserving candidates.  Again, congratulations to Joel Davis, Major Jordan, and Bill Williams.

Shaquon is lightning fast, accelerates well, and runs crisp routes at this stage. Anderson-Butts, a junior this fall, is a smooth athlete and has outstanding hands. He was tremendous in the combine testing and he exhibited the fantastic speed by clocking a 4.46 forty-yard dash.  Shaquon possesses the magnificent natural athletic ability and good size that garners the attention of colleges across the country.  He is a definite blue-chip wide receiver prospect and was sensational in the one-on-one portion of the combine showcase.  Anderson-Butts has received six scholarship offers at this point including Penn State and Pitt and that number is most likely to increase significantly in the next two years.

Ronald Kent has fabulous speed and excellent lateral quickness.  Kent, a junior cornerback, displayed impressive ball recognition skills, terrific hips, and change of direction in one-on-ones and positional drills.  He has excellent recovery speed, great anticipation, and can cover extremely well in space.  Ronald showed outstanding speed and acceleration by clocking a 4.49 forty-yard dash and was excellent in all the combine testing.  Kent has the type of natural athletic ability that should catch the attention of many college programs this fall.

Yahmir Wilkerson of Harrisburg was excellent in the combine testing, but really excelled in one-on-ones and positional drills.  Wilkerson, a junior quarterback, has good mechanics, fine footwork, and his biggest attribute is his terrific arm strength.  He demonstrated impressive accuracy and will be a household name by the end of the season.  Yahmir has a solid release point on his throws, and his follow through is excellent.  Wilkerson stands tall in the pocket and he possesses the arm strength that the Division 1 colleges look for in a quarterback.  His pocket awareness is good, and he is improving upon his ability to read and understand defenses.  Colleges have already taken notice of Yahmir and he has the potential to be a possible blue-chip quarterback in the future.  Again, congratulations to Shaquon Anderson-Butts, Ronald Kent, and Yahmir Wilkerson.

Unfortunately, Brady Maxwell from Cocalico High School who was selected as the offensive lineman MVP last year was not able to participate in one-on-ones and positional drills because of a wrist injury but did perform well in combine testing. Congratulations are in order for three offensive and defensive lineman co-MVP’s, Eric Washington of Steel-High, Clayton Tinkham of Central Dauphin, and Brandon-Hickerson Rooks of Central Dauphin East.

Again, congratulations to Eric Washington from Steel-High who was selected as the offensive lineman co-MVP.  The 6-foot-5, 320-pound Washington, is a raw talent and you can’t teach size that he possesses.  Eric has great potential, massive size, and is still working on refining his technique especially in pass protection. Washington, an offensive tackle, excelled in the testing portion of the combine.  He was most impressive in the power ball toss station which resulted in a hurl that measured 34’9”.  Eric has strong hands, good punch, and is powerful at the point of attack.  Washington can bend well for his size, and has solid foot quickness and decent body flexibility.  He has the size that the college scouts desire and if he continues to work tirelessly to improve his technique and conditioning the sky is the limit for Eric.

Clayton was a two-way standout at the combine showcase and was selected as the offensive lineman co-MVP and the defensive lineman co-MVP.  Tinkham, a senior at Central Dauphin, displayed quick feet and excellent knee bend for his size in one-on-ones and positional drills.  He excelled in all the combine testing and recorded a 4.75 in the 20-yard shuttle drill displaying explosion and lateral agility. Clayton has great strength, impressive technique, and outstanding size. Tinkham has good flexibility and plays with fine leverage.  He has an excellent first step and splits double teams with ease from his defensive tackle spot.  Clayton is consistently wreaking havoc in the backfield and is a nightmare for the opposition.  Tinkham is definitely one of the best lineman prospects in the mid-state and is starting to appear on the radar of college programs.  He should expect more attention from colleges while on the summer camp circuit. Congratulations to Clayton!

Again, congratulations to Brandon Hickerson-Rooks of Central Dauphin East who was the defensive lineman co-MVP for a second straight year.  Hickerson-Rooks is a fine athlete and displays the instincts that colleges crave.  Brandon, a senior, is a fast-twitch athlete with explosiveness off the edge and has the ability to impact games.  He has a quick first step and is relentless with a non-stop motor. Hickerson-Rooks is a terror on the defensive line for opposing offenses. Brandon pursues plays from the back side, makes tackles and shows a terrific closing burst to the quarterback.  Hickerson-Rooks was outstanding in the combine testing again and had an exceptional 6.94 time in the L-cone drill which showed the ability to change directions at a high speed and superb body control.  He also recorded a combine best 9’7” broad jump.

Congratulations are in order for one underclassmen offensive and defensive lineman MVP, Devon Rabuck of Williams Valley.

Congratulations to Devon who was chosen as the underclassmen offensive and defensive lineman MVP this year after receiving the underclassmen defensive lineman MVP last year.  Rabuck of Williams Valley is a raw talent and improved his technique from last year and again showed the quick feet that were on display last year.  Devon, a junior defensive end and tight end, is a two-way standout and did extremely well in the testing portion of the combine and recorded a 4.35 in the 20-yard shuttle drill displaying explosion and lateral agility. He performed extremely well in position drills and one-on-ones and showed toughness and strength.  Rabuck displayed a good motor and gives maximum effort every time.  Devon’s biggest asset at this stage is the speed off the edge as a pass rusher and he has the athletic ability to consistently pressure the quarterback.  He is definitely one to watch if he continues to grow and improves his skill set.

Lastly, the strongest man with a power ball toss of 38’7” was Seth Strohm of Hershey.  Strohm, will be a senior this fall, excelled in testing, position drills, and one-on-ones throughout the day.  Seth was in the conversation for the defensive lineman MVP and showed excellent power and quick feet along with proper technique.  Again, congratulations to Seth Strohm.